On my way home from Victoria earlier in the week I thought I would stop in at the Kinsol Trestle near Shawnigan Lake. Kinsol Trestle is one of the largest wooden trestles in the world (125 feet high and 615 feet long). The trestle is a seven-tiered railway bridge that spans the Koksilah River at mile 51 on the abandoned Cowichan Lake extension of the Canadian National Railway, just west of Shawnigan Lake. The trestle was built in 1921 as part of the Canadian National Railway service to Lake Cowichan and also serviced the King Solomon Copper Mines. The rail line was abandoned by the Canadian National Railway in 1979 and the trestle has fallen into disrepair, a fire has damaged the middle of the trestle deck. Luckily it looks like the trestle is going to be restored to its former glory if every thing goes to plan. You can find directions to the trestle on the Kinsol trestle website. It was pretty easy to find and was a pleasant walk to the trestle that only took about 10 minutes.

Here is a picture from 1950 of the trestle while still in use, image is by Dave Whitehead. 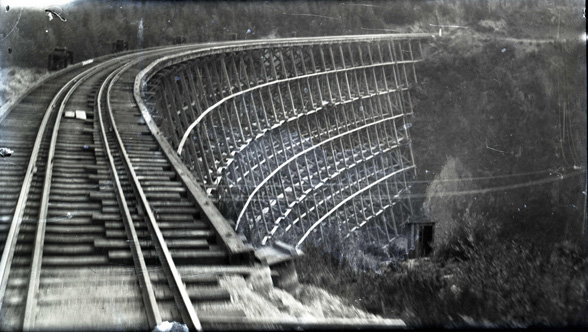 Now for a few of my pictures. 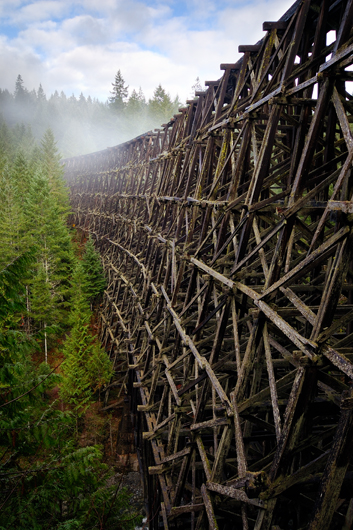 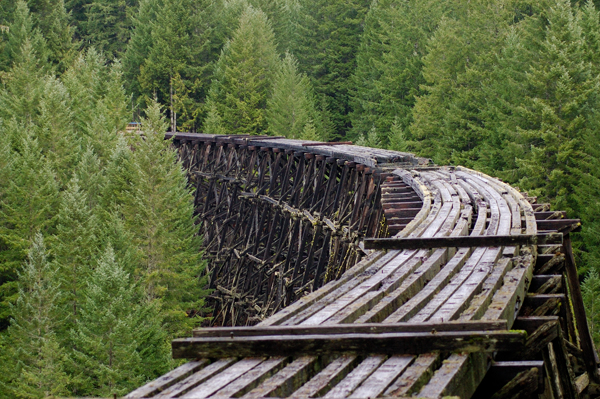 This picture shows the damage to the center of the trestle. 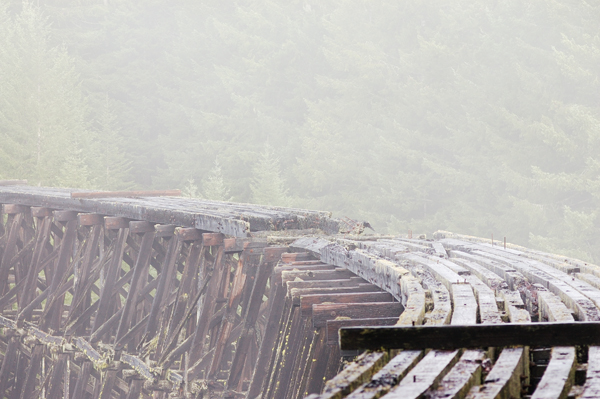