I awoke early this morning because it was so cold,  I had ice around my mouth and nose as well as my sleeping bag. After packing up camp as quickly as possible I went to to the river that ran through the campsite to shoot the sunrise. It was cold enough for the edges of the fast moving river to ice over! 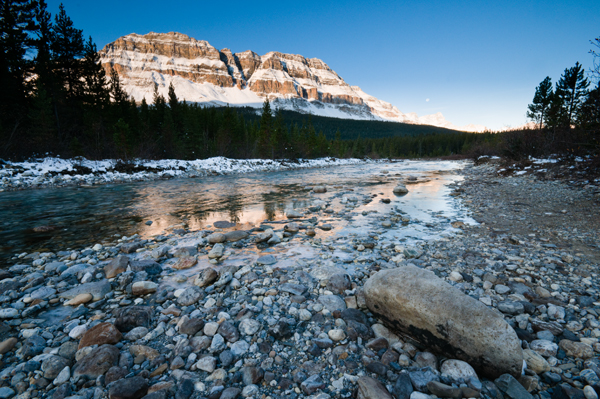 On the plus side it was the first (and only) sunny day! Once the sun was out the temperature warmed to a more friendly temperature. After setting out from camp I stopped to view Peyto lake from the Bow Pass summit which was one of the more spectacular sights of the whole trip. 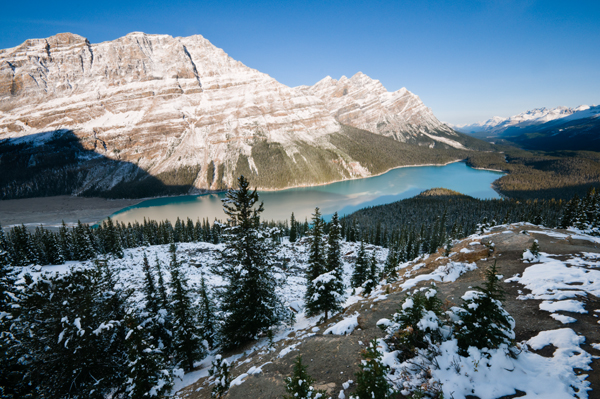 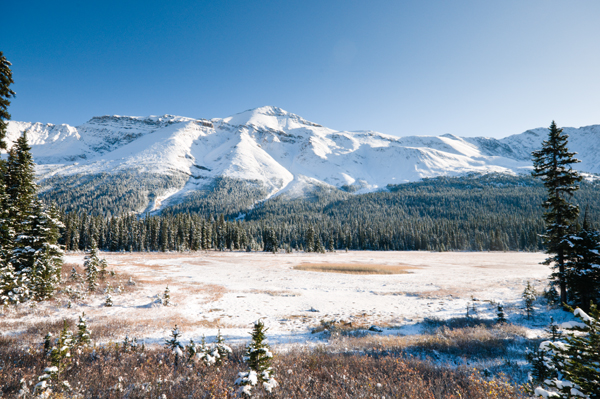 There where lots of smaller lakes along the way that always make you want to stop, I stopped at most of them but not all because I was running out of time. 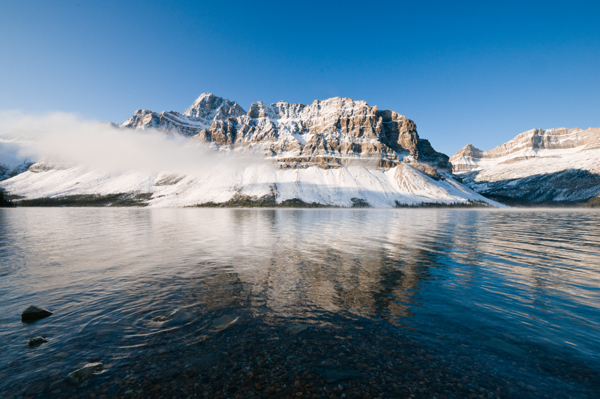 Next stop was the Athabasca glacier in the Columbia ice field, I had high hopes for this but could not help but feel a little let down. You could not really get to close to the glacier because of liability issues unless you hired a guide which I did not do. 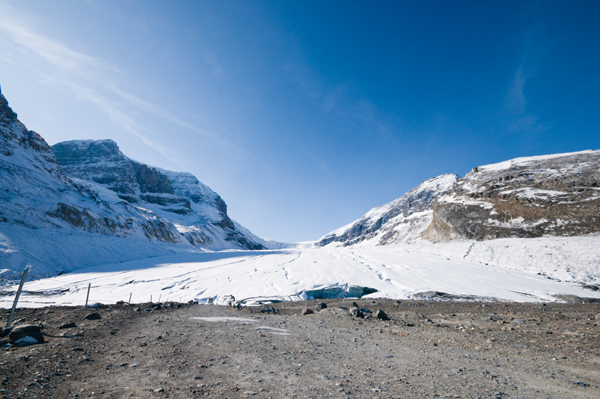 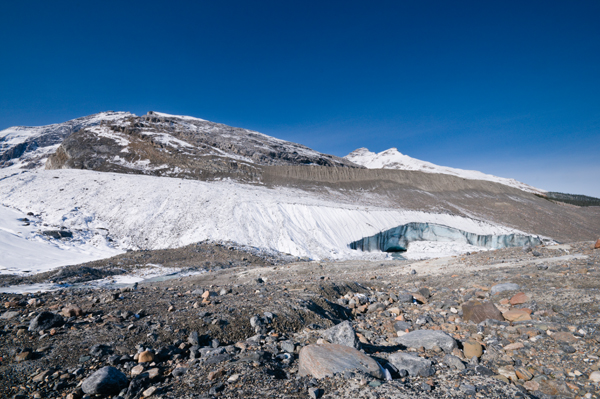 After that it was time to head to Jasper for the night, of course I made a few stops on the way. 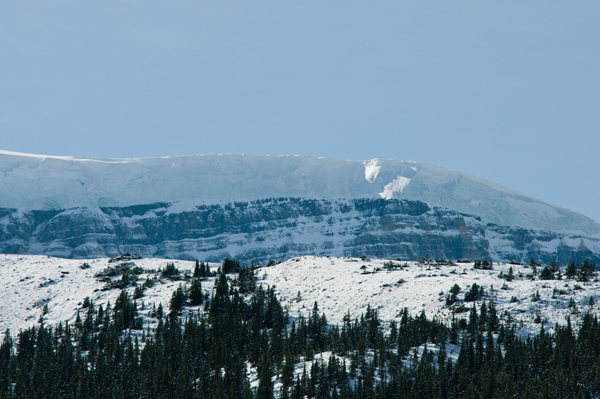 Looking back at the Columbia Ice field, the “snow dome” 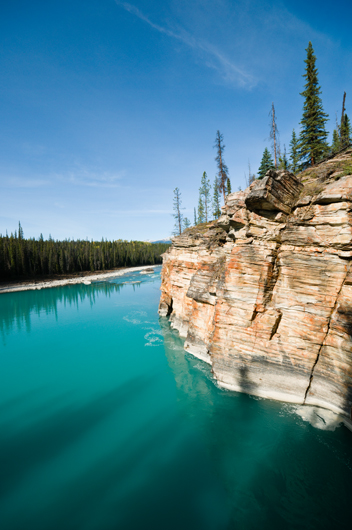 Tomorrow a bit of Jasper and then down a long drive to Banff.